Beware of telling a Sicilian that his island, the biggest in the Mediterranean, reminds you of Taormina, the tourist beachesin Naxosand the mysteries of Cosa Nostra If it’s true that these aspects belong to the Sicilian reality, it must also be said that those aspects are far from summarizing the quantity of attractions of the region and its deep historical, artistic and cultural tradition. In fact, Sicily has known several waves of invasions and occupations throughout its history, of which a good number of testimonies remains: what a difference between Palermo, firmly characterized by the Arab and Norman civilizations, the grandeur of the Greek remains of Agrigentoor Syracuse and the harshness of the hinterland where ancestral traditions worthy of the novels of Leonardo Sciascia 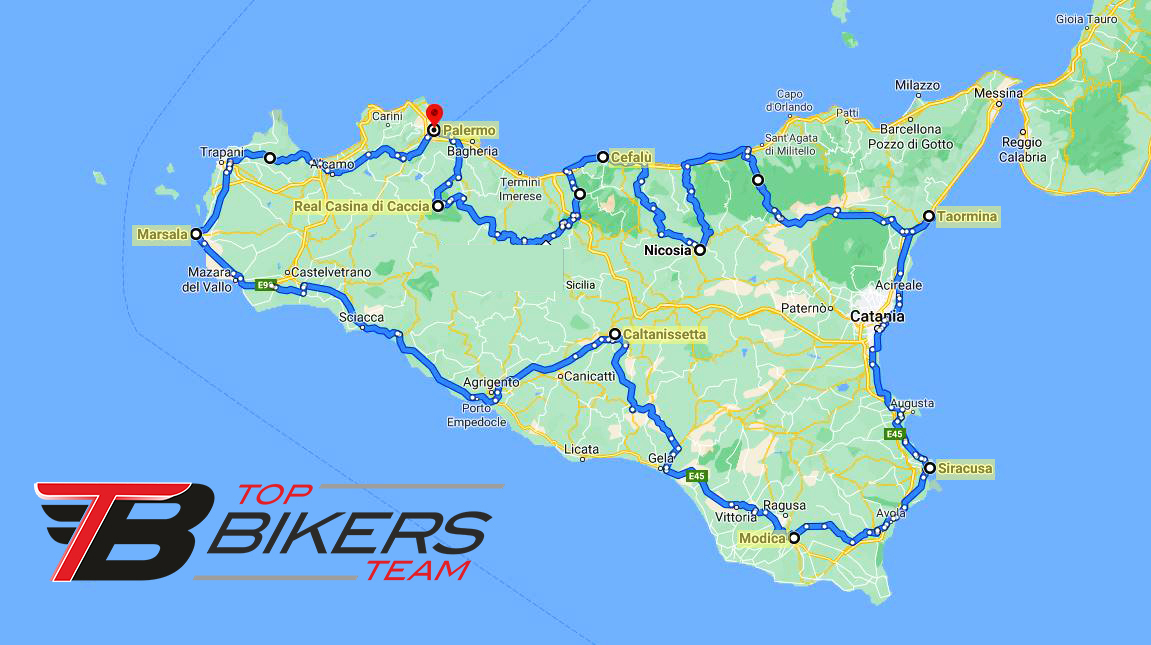 Meeting of the participant and companions at the port of Naples at 7.00 p.m., handling of formalities and boarding, departure at 8.00 p.m. Dinner and overnight on board.

Disembarkation scheduled at 7.30 a.m. and then we climb immediately to Alcamowhere walking in the central square we will admire the Castle of Conti of Modica. Then we head towards the sea to reach Scoppelloand its enchanting Tonnara, one of the most important and ancient in Sicily We return inland to pay a visit to Erice, perched on a mountain of magnificent views, is one of the most famous and beautiful places on the island Trapani can already be seen from up here but before reaching the destination another last stop, perhaps at sunset, on the Saline di Paceco that will end beautifully this day!

We immediately start the day with a visit to a historic building of considerable importance: the Cantine Florio. We will walk among huge barrels built at the end of 800 where is still aged a precious grape nectar known as Marsala Still sober we move always keeping the blue of the sea on the right until we arrive at the Archaeological Park of Selinunte, an ancient Greek city founded on the Sicilian coast Keeping always the blue on the right we move towards Agrigento stopping first at the Scala dei Turchi (a white cliff of sedimentary and calcareous rock that slopes down to the sea). Then a guided tour of the Valley of the Temples will take us back in the centuries, a symbol of Sicily which houses an extraordinary monumental heritage and landscape of the classical age. Arrival in the evening in Caltanissetta, the geographical heart of Sicily.

On the fourth day we move to Piazza Armerina, a splendid city of art set in the center of Sicily, famous for its mosaics and for the Palio dei Normanni. Then, a stop in Caltagironewhere we will be fascinated by the Basilica of San Giuliano and the precious Staircase of Santa Maria del Monte We then continue to Modica, one of the most picturesque baroque cities of the island, a UNESCO World Heritage Site and the birthplace and site of production of a famous and delicious chocolate! Another stop before reaching the destination, another pearl if not undisputed capital of the Baroque: Noto!

In the first part of the day, we will take a guided tour of Syracuse, in the Island of Ortigiawith its cathedral churches and castles, in the Archaeological Park of Neapolis The afternoon will instead be dedicated to walking and relaxing in this delightful city.

Rest and pay for what has lived so far, we leave to the Mongilbello that already looms on the horizon, we climb from the south the slopes of MountEtna up to Rifugio Sapienza and then descend on the north side passing by the Plan of Provenzana and reach Taormina still in time for a visit to its wonderful Greek Theatre.

Only one stop per visit today, the Gorges of the Alcantara River. Also called Larderia Gorges, they originate from phenomena of cooling of ancient lava flows within which flows sinuous the Alcantara river. From here less talking! It will be a day of driving in the zigzagging streets of the Nebrodi Mountains Park, which we will cross twice, the largest protected area in Sicily A single stop is planned in the afternoon, in Castelbuono… but why we will explain it when we are there! We leave and reach Cefalù, where the sea and one of the most beautiful villages in Italy await us!

Today it is up to the Madonie Park to be crossed, one of the richest places of biodiversity in the whole Mediterranean, a paradise of 400 square kilometers. A stop in Collesano is a must, where the Targa Florio Museum will tell us about one of the oldest car races in the world, the oldest still contested and, together with the Mille Miglia, the most famous Italian car race in the world. Then we move to another nature reserve, the Bosco della Ficuzza, within which there is a summer noble estate dedicated to hunting: The Real Casina di Caccia From here Palermo is not far, we already hear the rumour. But another stop awaits us before leaving this enchanted island: in Monrealeto admire the Duomoand the incredible mosaics contained in it. We then descend in the direction of the port for the boarding, scheduled at 7.00 p.m. and the departure at 8.00 p.m. Dinner and overnight on board.

Disembarkation in Naples scheduled for 07:30 a.m., greetings and goodbye to the next adventure together

The tour will be confirmed with a minimum of 15 participants